actually  i don't have time-- there are soooooo many....
having  missed 4 nights sleep, i just slept 11.5 hours soo
my head is alive  with the sound of music
and i'll type one more.... DD
but it will be a short daily dogggie... i have work to do.
bentley just left with lynn for his  surgery...  he met with  the surgeon yesterday..
i know vets are very careful to say teh nicest cute things about the  most scruffy  dogs
but the most complimentary thing she could say about bentley is "what??????"
when they asked for his medical record... all i have is rabies shots...
the dr could not believe a 9-10 year old dane with no problems...
and then another compliment. she would love one of our pet pups..
so ... there i am sitting in th eeye dr's chair with my chin on  that thing...
and she is complaining about the $250 she just paid for a  physical exam
before she cou d get her dogs  rabies shot. i bolted upright and said what is the matter with the fire department $2 ?
then the worst part...  "how do i know my dog is helathy?"  .. and i started my spheile
"and you are a medical doctor dealing with my eyes?????"
observe.... eats.. drinks.. pees...poops .. runs around on all 4 legs..doesnt smell bad...
if you have any  other questions take their temp. and you will cover 99%
they are going to die----- probably before you
give themn a happy life and when it is over  let them sleep.
why did i get into that  as benny is on the way out th e door for anesthesia..
he should do fine
welllll... i did say ... while he is out. if you could do his teeth and anal glands i would appreciate it.
one end or the other does have a fuuny smell
of all the fancy hospital that is... they could not do open surg and germy teeth..
but they did want to do xrays and altrasounds of all parts to see if they could find any problems./
which brings me to ... he is happy helathy.. don't go looking for problems to make me miserable...
ignorance is bliss
it is also ... in some cases.. expensive
Posted by Service Dog Project at 4:26 AM

Posted by Service Dog Project at 3:28 AM

WE ARE ALL PRE Arthritic...I HAVE TOLD THIS BEFORE... SOORRY....  WHEN I WAS TRYING TO BUY AN EVENT HORSE FOR JANINE.... I HEARD OF A QUARTERHORSE... LOOKED GOOD... AND I WAS HAVING COFFEE THAT MORNING WITH CONNIE THIBEAULT-- DVM--- SO OLD, THAT PART OF HIS FAME WAS HAVING AN ALCHOHOL PERMIT WHEN PROHIBITION. WAS IN FORCE... CONNIE WAS A CHARACTER.. IN MY CaREER I HAD SO MANY HORSES "VETTED" AND EVERY TIME  FOR LACK OF ANYTHING BETTER , THE VET WOULD ALWaysS LEAVE HIMSELF AN OUT BY SAYING " THIS HORSE IS PRE NAVICULIAR.." --AND THEN YOU WOULD ASK FOR AN XRAy of the. navicular  bones in the foot.   then one day another horse friend suggested i just throw some item on the film on the ground... just to be sure it was  your xrray.... which i did... and my heavens wasn't that the xray film that did not develope correctly so he could not give it to me... which is why i gave up having a horse "vetted" and asked connie to go with me to look at this quarterhorse...  AS I STOOD THERE WITH CONNIE WATCHING THE. HORSE MOVE, CONNIE SAID " IF YOU DON'T BUY HIM, I WILL.. OF COURSE YOU KNOW HE IS PRE ARTHRITIC..... WE ALL ARE"

PEOPLE !   I WOKE UP THIS MORNING TO HEAR PEOPLE ARE FLOCKING TO ICELAND TO  SEE THE MOUNTAINS EXPLODE--- SEEMS MORE SENSABLE TO ME THAT  ANYONE  WITH ANY SENSE WOULD AVOID ICELAND FOR JUST THAT REASON...

HOW ABOUT..... "HISTORY REPEATS ITSELF"
PEOPLE  REFUSE TO BELIEVE SCIENCE.....AND BEHAVE LIKE SHEEP RUSHING OFF A CLIFF..
WHAT I WANTED TO WATCH ON TV IS THE CONTAINER SHIP WEDGED IN THE SUEZ CANAL.. NOT ONLY ALL THE GYRATIONS TRYING TO GET IT UNSTUCK... BUT WHO/ HOW MANY ARE DECIDEING TO GO AROUND AFRICA AS CHEAPER  AND POSSIBLY QUICKER THAN WAITING.
WHAT A GREAT OPPORTUNITY FOR A STUDY IN A LOT OF THINGS.. TEHY STARTED SAYING IT WAS A SAND STORM BUT NOW THEY ARE INTRODUCING "HUMAN ERROR".  I DON'T KNOW HOW MANY PEOPLE Are on  AND DRIVING those monstrer SHIPS... BUT  SOMEWHERE I HAVE HEARD. IT IS NOT MANY... SO I GOOGLED...WHICH SAID  A CREW OF 25 EARNING ABOUT $20 AN HOUR....   IT HAS TO HAVE BEEN SOMEONE'S IDEA TO HAVE 25  PEOPLE INSTEAD OF 26..

I AM AT IT AGAIN   I am sorely afraid we are being taught a bbbbbiiiiggggg lesson.    ”. FOR WANT OF A NAIL THE SHOE WAS LOST.. THEN THE HORSE THEN THE GENERAL, THE War, and the kingdom ---all for want of a nail ” – what we may find out is that the guy driving the ship had to go to  the rest room... and there were only 25 people on board... being minus a 26th  person at $20 an hour---  to hold. that wheel steady, the entire world economy  has been forced to a standstill --- -in my small world, for want of a responsible trash m\collector my world could quickly be in big trouble. ------ Or for want of a truck driver MY supply of roumaine lettuce  would  not make it across the Mississippi river....  OR  OnTO the supermarket shelf by a guy making less than $10.00 an hour .

There are an awful lot of businessman in suits and ties making decisions that are just too far removed on the real world of science .. there's an awful of  any problem    we should have believed but we didn't want to believe it .. plus we just didn't have the facts and one of the reasons we didn't have facts is   as a whole nation we don't have scientists  nor do we have enough respect for the logic  taught BY SCIENCE at a young age... and that's the cause (-------all this is a good one specially when I was young ----).  all the grade school teachers we're women who said. " oh I never I never liked arithmetic and science. "    back then a science  education was virtually unheard of .So we. humans as a group  have an awful lot of ideas stuck in our heads that are absolutely not true .. but it certainly is very comfortable not to even  think about it . so we don't . granted there are times ------like pertaining to vaccines----we have to apply the percentages .. and  ? are vaccines 100% ?  no   ----however if a vaccine is 99% effective and 1% ineffective .. why on earth would anyone refuse to be vaccinated because --- I am so special I must be the 1% ---  I am not going to fall off my motorcycle so I don't need to wear a helmet ---I can cope with texting while driving so I'll do it no one's going to stop me .........except maybe a great big tree ..

I think we are due for A TIME OF  A CREATIVITY AND REALITY. CHECK......WE --should pay attention does some of the things being taught to us----  like commuting is not necessary .. I don't know what everybody's gonna do with all those great big buildings in the center of every town ??____---so maybe make them homeless shelters .??

bringing to mind another favorite expression of mind you cannot accelerate at the rate with which you can decelerate ...I devised that expression when I had a 6 horse trailer  and. 3 tthree of the horses rode backwards and three forwards .. so in my mind I always put my most expensive horses were there rear toward the front ..in case we had a quick stop .

DOES THAT APPLY TO POPULATION????The accelaration of population has finally reached the point of deceleration ? ACCELLERATION ONE PERSON EVERY 9 MONTHS AND ONE LESS IN 2 HOURS.???

I AM VERY COMFORTABLE NOT WORRYING ABOUT  ONE MORE $20 PER HOUR TO KEEP THAT SHIP STRaight.
SO I WON'T WORRY --I will  go eat ice cream ...  UNTIL I REALIZE TEH  WIDGET WHICH MAKES MY CAR RUN IS STUCK OVER BY INDIA SOMEWHERE. 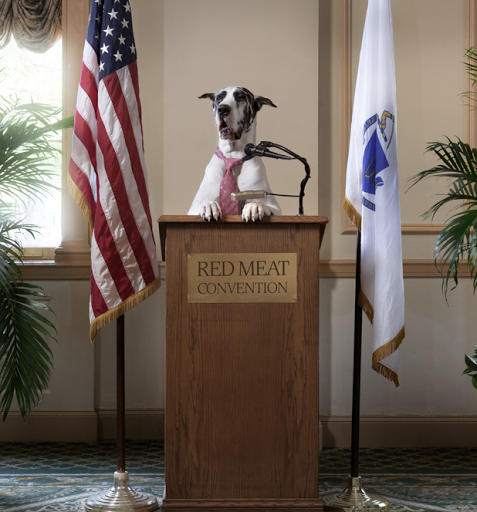 Posted by Service Dog Project at 4:05 AM

I THINK I Have noticed. .....A DONKEY IN LABOR DOES NOT EAT

hay STEADILY... OR FLICK HER EARS... OR SCRATCH HER SIDE.... she concentrates. ... in my opinion...
i'e been wrong before... but i have also been in labor..... you don't do anything but push/
----
speaking of being stuck... i am fascinated by the suez canal- and the cargo ship stuck sideways-- there is an almost comical photo of that huge ship and a tiny back how digging next to it.
hingsthe worldwide confusion this is causing is astronomical.... not just the ships on either side. but the 8 lanes of trucks lined up in france .. and somehow you don't think it would affect any normal life.... but camera mark was here photographing things and saying he had been notified of the delay in supplies for his pokerchip business...
-------
which brings to mind "mr moon"-- china has a darn good process for finding manufacturing capabilities for just about anything you need-- i know of a slight resource inamish country... who have specialities... but mr moon. can locate anything, the deal is... you send him a copy of what you want... within a week or so he will send you a sample.. which if yo approve-- and order.... maybe 300. you will have them on your door within a month. i did that with the fuzzy harness we use for balance on our danes...
and tehn i got 300 of teh tote bag/horse nosebag feeder. tina... calif.. was/is... my connection to manage him...--- here is his info. just in case you are needing 50 widgits.
-----Original Message-----From: Moon Zhang <info@energy-pet.net>To: animalep <animalep@aol.com>; clsmovynut <clsmovynut@aol.com>Sent: Tue, Mar 24, 2020 8:25 amSubject: Greeting from Moon Zhang
Hi Carlene and Tina,
It's long time out of contact. Hope you are all going well!
I heard COVID-19 is very severe in US. It might difficult to buy some protective stuffs such as masks.
Now the mask supply is coming back to normal in our country, do you need some masks?
If so, i will try to send you 200 pcs for free, just because we are friends for many years.
Looking forward to hearing from you soon, then i can take action.
发件人：Carlene White<animalep@aol.com>日 期：2020年03月24日 23:39:55收件人：<info@energy-pet.net>主 题：Re: Greeting from Moon Zhang
many thanks for your  offer.. but i am shelter in place for a while...
Carlene White
------
just an odd bit of info to share....
----
so back to donkeys--- r finally rode around "A" field yesterday--- it is a lovely loop for running dogs.. but it does need a clean up
the fallen twigs and pine cones are out of control.... and tehn i thought of... donkeys. with pack saddles and tote bags could tote alot of pine cones....
we had pack saddles once for all 8... some got given away ... but they might be some in the hay loft. which will need a clean out if we end up getting 20 tons of hay.
i have some homework to do on that...
--
it is wonderful to be out on the golf cars again...
paula has gone home... so we are 63 days from puppy litter #2. hopefully..
how good are our dogs???? the last 2 dogs we had at the emergency vet... scarlott and sizzle....
both doctors who saw those dogs asked to be put on our list of available pups... what better recommendation ???
Posted by Service Dog Project at 4:28 AM

Posted by Service Dog Project at 4:58 AM