And right now it's ants. on my desk.  ...I don't want to be a pessimist but the seasons of New England go from Blizzard to.  mud   to  bugs  to falling leaves... .. How's that for negativity on a Monday morning ..  So in an effort to pick it up a bit I'd like to start a discussion on using  chickens  as in training dogs with chickens..... I've had this discussion before about raising chickens and how when you started with baby chickens two days old it's a pain in the neck try to keep them warm and things ..but what happens right now as of yesterday is----- an  awful lot of places offered baby chickens then people brought them home for their children to look at and do nothing else which is disgraceful .. but there are some that will survive to be full size  pet chickens without a real home -----it was one thing when they were 4 inches tall and another thing 1/2 of them turned out to be Roosters at about a foot tall and they begin to argue with each other and chased the family around .

So people who have farms and there are not too many ---are inclined to find an extra chicken or two in their group ..these will be the chickens that were sold one or two at a time as Easter pets /

now if anybody had any sense most of them live in  a place well there's plenty of room to have at least a hen or two .. and along with educating the children you get eggs far fresher than anything that ever made it to a  supermarket.     (I suppose right here I should put a reminder in it about the weird dates on the end of the egg cartons I forgot what it's called except  January 1 is 001 and it goes to 365 .. or 4 .)

not only would you get aand egg or two ,  but since our chickens escaped the fence and wandered around the whole place I have not picked a tick of f  me  or the dogs since they been out----------- and I must admit those crazy Guinea hens which I find delightful marching around the place pretty much together taking a vote on what they're going to do next,    I don't think there's a tick on the property if you could put up with the noise but I don't find that bad being  nearly deaf I don't find any noise particularly bad .. I have made a study of Guinea hen noise and other things .by carrying around the audio meter that was given to me buy audio technologies ----it's great fun ----so we must have at least 30 chickens roaming around occasionally getting chased by dogs but  not if I'm around ---    and in that group there are four Roosters and Janine tells me I'm about to get a fifth one -----why people don't officially set up a little chicken coop and have their children joined the 4H club and give them a purpose in life aside from trying to play by themselves it a paved driveway .

There we go---I am a huge fan of the 4H  process of trying to teach children responsibility and also where our food comes from there are not only 4H horse clubs  but tomato growing. or chicken groups  ..

but sometimes it's hard to know where to start and I would certainly start with the topsfield fairgrounds office I bet they know everybody .

there used to be a huge rabbit group ..  whose rabbits I would borrow to do commercials and things like the one with Pat paulsen at 100 rabbits ...

I  do not think there's anything wrong with the rooster chasing people ?   we had one for years----- nasty thing lived in the door of our barn and demanded total respect from all these kids that were at that age sumwhere  between 5 and 12 years old------ I think a chapter on the nasty rooster in janine's book of dog donkeys and circus performers---   we had a bunch of dogs a bunch of kids ...chickens ...  and everybody ate out of a wash tub full of purina dog food which was  at the door the barn-  mr rooster guarded that tu b. ----- every once in awhile somebody would get bitten ---little hydrogen peroxide in a band aid ---go on with life all those kids are fine and healthy and 50 now .

ll this is going into training. I have to be so careful that someone can pull out a sound bite and distort  this discussion

The use of a wiffle bat in training most always be done under extremely controlled situations preferably set up ahead of time so the dog gets  himself into a position where there is no doubt he's doing something he is not supposed to and the wiffle bat being very light plastic makes a whale of a noise -- mostly by striking the ground around the chickens but if the dog is so intense on killing those chickens it is perfectly acceptable to make the same noise against his nose if he persists .... in this process you don't say a word because you don't want the dog to think that you were controlling the situation you want him to think the wiffle bat did it or the chickens  --------done correctly this dog will go nowhere is near the chicken crate if you just set the wiffle bat on top of it because the dog will figure that the wiffle bat did it .

If you are sensitive about the wiffle bat ------a water bottle with a few pennies in it will do exactly the same thing except you can't really control that as well and who carries around 6 or 8 bottles with pennies in them----- so in a  controled  situation this iis acceptable in my opinion...

Yesterday as they were collecting the chickens to take over to the arena one of the dogs got loose and was absolutely insanely fascinated with the fact of the chickens we're not happy about being in the crate and squawking ----this in the real world of dog training is called prey drive now.... the two people wah handling the crate tried to push the dog away from the crate  .  “ using your muscles to control the dog”. useless.   ---- there was no way the two people could keep one dog away from  crate ....  ????where's the wiffle bat ?-----the wiffle bat being very light plastic it's very noisy and  usually it is used to hit the floor, chain link,, car fender,,,golf cart.. anything to startle the dog .... \ that dog came in and put his nose right next to the crate I took a swipe at the nose sideways and the dog backed up and thought “oh I did not see that coming, I better pay attention better...”   he might do that one more time,, but dogs do not like being surprised.. He would never have learned a thing by trying to push him back by hand or pulling him back on a leash but if he thinks that getting near that crate is gonna give him a smack on his  nose he  stop and think about it and that's a good thing

Same tech as I am trying at the electric gate.. when that bell peeps to signify that the gate is opening piglet AKA Mac has learned to make a beeline for it so my technique is now to get myself a wiffle bat and sit in the car near the gate and when it opens and he comes running I jump around and scream and yell and hit the ground with a bat and him if he comes anywhere near the gate but he's learned maybe he should back up and stay away from it and I I haven't I haven't hit him with it one saves that as a possibility because for him to get out the gate and get on the street he could get killed so he's got to learn and the wiffle bat doesn't hurt anything as long as it's used as a means of explaining something to him .

I then hold the whiffle bt quietly at my sie and join him on th hill with patting... so maybe he thinks getting near that gate makes the whiffle bat go nutty... not my fault,

As I said at the beginning the use of that wiffle bat has to be under strictly controlled situations because it has to be instantaneous or it's totally useless . 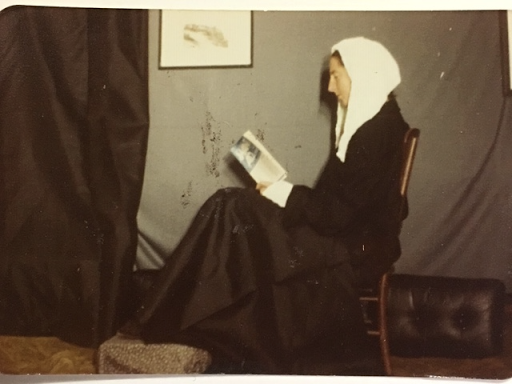 Posted by Service Dog Project at 4:40 AM