you know it is going to be a rough day when you toss a piece of cereal in your mouth... and you  miss.

and  a good cereal it is.... someone sent me french toast cinamin and syrup cereal-- general mills... amazon carries it...it is a recommended   munchie ... by me.

today i hear-- from the tv... that i might be a multi millionaire..... i have a beat up cracked  pitcher--- used to bE the milk pitcher on teh dining room table every night when i was a kid...- but it has so many cracks in it THAT  NOW HAVE THAT BROWISH TINGE OF OLD GERMS. THAT ITI S NOW A  FLOWER VASE.  WELL SOMEON E JUST SPENT 14 MILLION ON JUST. SUCH  A PITCHER/VASE IN ITALLY--   I CANNOT... FOR THE LIFE OF ME. UNDERSTAND  THE VALUE OF OWNING A PITCHER THAT IS OF NOT EARTHLY USE EXCEPT AS SOME KIND OF BRAGGING RIGHTS...  THE  FUNCTIONALITY WENT OUT OF IT THOUSANDS OF YEARS AGO... THAT IS UNLESS IT IS A CAREFUL FINANCIAL CALCULATION THAT THERE EXISTS IN THE WORLD A PERSON WITH MORE MONEY AND LESS SENSE THAN THE CURRENT OWNER. IF I OWNED A COPY OF THE MONA LISA ----OR WHISTLERS MOTHER-------, I WOULD CAREFULLY STORE IT IN MY CLOSET AND QUICKLY LOOK FOR SOMEONE WHO FITS THAT QUALIFICATION/.

TODAY IS  SHATUPON SUNDAY---  WHICH MADE YESTERDAY  PICKY SATURDAY-- BECAUSE WE FORGOT TO TAKE ALL THE NUMBERS OFF THE BOARD FROM LAST MONTHS SHATUPON SESSION.    -----   before anyone asks why we don't just leave the numbers on from month to month somehow I just don't think that's right there is a randomness of placing the numbers every month and for the amount of support we get out of the whole process if we can't take 2 hours to take the numbers off just to support our payroll then it would make us out to be a very sleazy outfit looking for shortcuts we don't look for shortcuts we look for a lot of other things but shortcuts is not one of them we do everything hopefully full measure

IT IS VERY HARD TO DESCRIBE TO NORMAL BUSINESS PEOPLE HOW WE ARE FINANCED...-- WHICH CERTAINLY DOES INCLUDE A VERY FEW  SIGNIFICANT DONORS.  ... NOT TO BE  IGNORED... BUT OUR BREAD AND BUTTER ( AKA  PAYROLL) IS VERY DEPENDANT ON THE THOUSAND S  OF  $10 PER MONTH  SHATUPON  SUPPORTERS-- WHO'S RALLYING CRY IS "OH CRAP" AS TEH HENS PICK THE WINNERS AT 3:03 PM ON TH EFIRST SUNDAY OF THE MONTH..   Which should happen today. The schedule is usually for volunteers to appear in the arena where we have the table set up covered buy a yellow tarp on which I painstakingly drew squares with a magic marker and a 10 foot long board. The volunteers then peel off and place all the current numbers all over the top 4 TO  a square.  For all of you people who must have the complete visual------ this means that wherever the chicken poos I must determine  which quadrant in the square contains the most poo bye wEIGHT.  Because of that there exists in the background somewhere a plastic tub which contains a very delicate balance scale along with a quantity of tiny paper cups ----some toilet paper----- and 2 plaster spreading knives or whatever they're called. PUTTY KNIVES

if the plop looks questionable what I then do is  get out the balance scale put a paper cup on either side and then add one sheet at a time of toilet paper until it balances. I have to do that twice more to provide myself with four equally heavy paper cups with toilet paper in them so that I can then divide   the poOp.  by placing the plaster spreading knife corner to corner in the square.  And carefully wiping off the putty knife with the corresponding toilet paper.. it is all very scientific

WHO WOULD EXPECT TO HAVE THE $30,000 COST OF DONATING A   SERVICE DOG TO BE  PAID FOR BY A BUNCH OF PEOPLE  ABSOLUTELY BREATHLESS OVER THE PRODUCTION OF A TURD IN THE RIGHT PLACE??? BUT THAT  IS THE REALITY OF CRAZY ACRES.  Thankfully.  becaus I find the other sources of financing--- although they may be CRITICAL--- ARE  less amusing  TO THE GENERAL PUBLIC.

This general public portion of our audience it's certainly deserving of entertainment which is very easy to understand and does not require the study of Latin or ancient Greek.  we have a very real UpToDate current audience.  Who for the most part can spot a fake at three yards distance.  so if any of you are considering getting in the business of art an artifacts,   ----consider this. 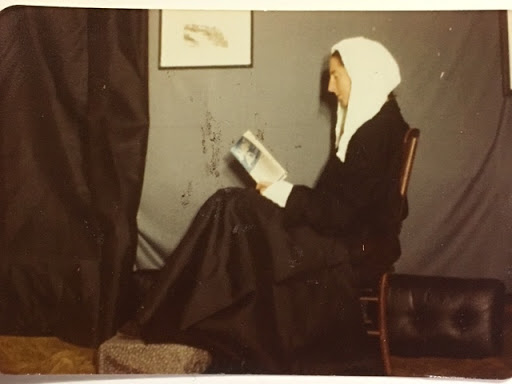 Posted by Service Dog Project at 3:28 AM